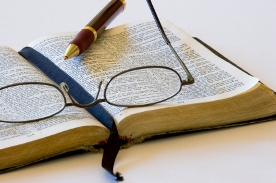 As you plan your [tag]youth Bible study topics[/tag], here are ideas to use to teach the [tag]story of Gideon[/tag]. The story of [tag]Gideon[/tag] seems almost like a remake of either the tale of Joseph or the tale of Moses. God enjoys choosing those whom others would not choose. And they always wind up the biggest heroes.

Joseph was the smallest and youngest of many brothers, and Moses had been living as almost anonymously in Midan when God called him to lead the Exodus. In both cases, neither had a lot of confidence – or a lot of reason to have confidence. As children often feel they are n the midst of conflict over who has nicer clothes, better appearances and more friends, these tales bolster confidence that living by God’s standards and not by the world’s standards.

Often the people God chose didn’t have a lot of big and powerful friends to rely on.  So, who did those people learn to rely on? With whom did they get very, very friendly?  God.

It is important to stress to your younger Bible study students, that God loves us all. But when God chooses the team captains, he often chooses the smallest and the quietest – like Joseph from Genesis and Moses from Exodus. Why might that be? They didn’t seem very athletic to everyone around them.

They didn’t stand out. At times it appeared like they didn’t have anybody to throw to!  But in a very important sense, they were very, very special.