Home » Tween Lessons » A Lesson for Tweens About Drinking (Part 1) 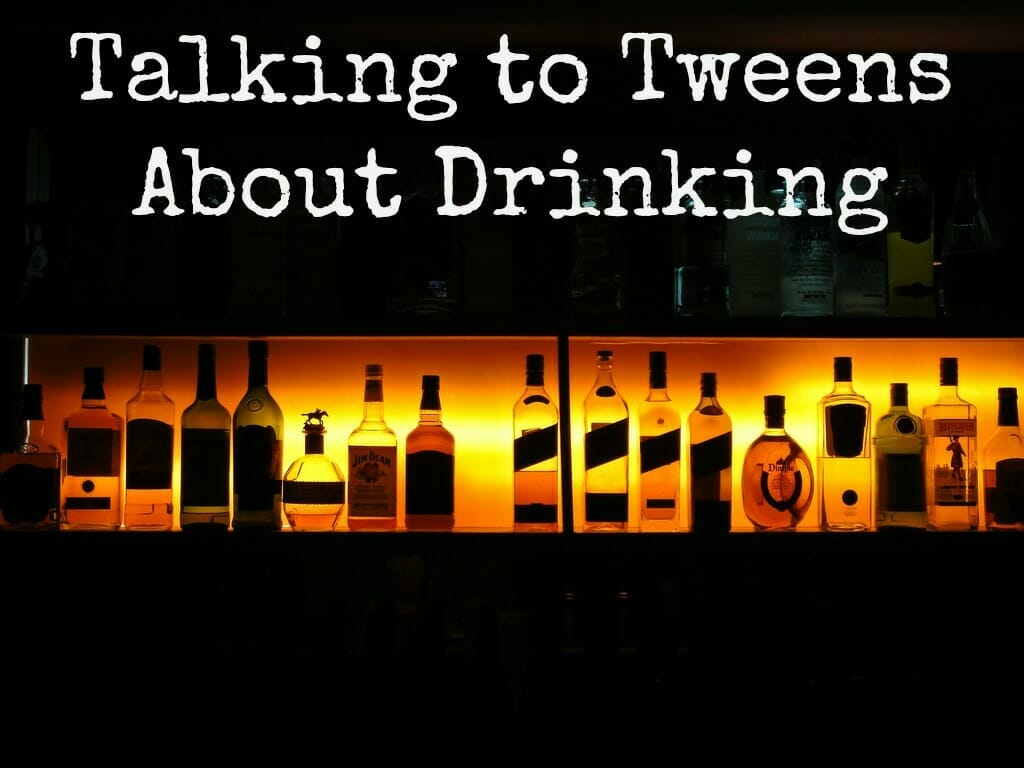 During today’s blog post, we’re going to talk about part one of a three-part Bible lesson for Tweens about drinking and how not to be simply a “follower.”

The pressure begins as young as 7th grade for kids to drink. The allure to drink is perhaps twice as strong as the allure to do drugs in many cases. This is because many kids see their parents drinking, and they tend to think of it as “grownup behavior” as opposed to potentially addictive or illegal behavior.

This Bible lesson will teach them what the Bible says about drinking underage and how to get the ring out of their noses when it comes to peer pressure.

Often in the Bible, people are referred to as sheep. When the Hebrews behaved badly in the Old Testament, they were referred to as “sheep gone astray.” When Jesus came, he said he had come to save “the lost sheep of the house Israel.” He said, “My sheep hear my voice.”

Sheep are cute and cuddly. They make funny noises. Can you guess the one thing about sheep that sets them apart from cows, pigs and horses?

Sheep are known for one thing by farmers: They’re stupid. The expression, “We like sheep have gone astray,” is in the book of Isaiah. But it brings up strong images of one sheep jumping over a cliff and another following, then another, then another. Stupid.

In Matthew 9:36, Jesus called the throngs who came to see him “Sheep without a Shepherd.” He wants us to be smart and not follow each other over the cliff.

Take out your long piece of clothes line. Have the students form a line.

Have you ever heard the expression, “We’re all tied to one another?” Meaning, we’re all interconnected by hearts and minds and intentions? When you slam your locker too hard in the corridor, the girl next to you who has a headache feels the reverb in a way she wishes she didn’t.

Did you mean to hurt her? No.

Let’s say we have a favorite song or a favorite TV show. That “ties” us together in our hearts for something special. There are many ways we are tied together. Let’s make it literal.

Pass the rope to the first student. Tell her to tie it around her ankle, wrist, waist or chest – NOTHING ABOVE THE SHOULDERS. She may choose. Put a foot or so in length of clothesline between each student.

Warn students: Tie tight knots, but tight in the knot. Do not cut off anyone’s circulation. OVERSEE AND MAKE SURE THAT NO ONE CUTS OFF CIRCULATION. BUT AS WELL, THE KNOT SHOULDN’T BE SO LOOSE THAT THE PERSON CAN SLIP OUT.

Have students help each other tie the knots. One should pinch the first tie so that she can slide a finger under the knot next to the victim’s skin. Another can tie the second knot, and before the first student takes her finger out, pull it tight.

Then pass it to the next student, who may make the choice of where to tie the knot. Again, nothing above the shoulders – no necks no heads. Only wrists, ankles or waists.

Eventually they should all be tied together in a line.

Even though we’re all tied together, we’re all different. Some of you chose to put that rope knot on a different place on your body than others. It shows your individuality.

It might also show some fears. Maybe one of you got handcuffed by a friend when you were younger and then the handcuffs wouldn’t open and it scared you. Did anyone ever have an experience like that?

Let them share an experience or two of being tied down as they continue.

Some of you are more determined than others.

Have your assistant put your bottle of water on the other side of the room. Pick a student with a lot of leadership qualities who isn’t shy.

[Leadership student’s name] would like a drink of water. Should we work with him to get what he wants? Why not, right?

Take the water bottle from him; you will need it in a minute.

Have your assistant put a bowl of candy down on the opposite side of the room from where they are.

Some people really like candy. Others are afraid of cavities or are diabetic or just were never raised with sugar and couldn’t care less. Shall we help those who really want a piece of candy? Why not, right?

Have them go slowly toward the candy dish. Once there, let everyone have a piece that wants it.

Go to the back of the line. Tie yourself on by the wrist while they’re eating.

I’m going to add myself to this line. Why? I’m bigger, more nervy, and I think I know a lot more. I want to go to the party that’s over there”¦

Start pulling them to the opposite corner, slowly.

It’s this really cool party. I’m in seventh grade, but there will be eighth graders there. And some kids in high school.

The kid whose party it is? He’s got a big brother. His big brother is going to the liquor store. He’s going to bring back stuff for kids to drink. Well, I’m sure he thinks only the high school kids are going to be drinking. But if I’m really cool and I just hang out, I can probably end up with a beer in my hands. I can look totally cool and feel amazing.

You will probably start to feel some resistance at this point. Some kids will either sit down or get out of their knots somehow.

What are you, some sort of a baby? Not cool enough? What, do you think you’re too good?

Try and get a non”resister to catch a loose person or pick up and carry somebody who sat down.

You’re just always going to be weird! Nobody’s going to like you! Come on! What are you afraid of?!

Stop and let them fire back at you. If they repeat some of the anti”peer pressure lines they’ve heard, that is a great thing.

Those of you who resisted from the start, you get total snaps. From me, from God, from your spirit, your conscience, your future, and your children who are not even born yet!

Have the assistant bring you the bottle of water, hand towel and paste.

Uncap the bottle of water and pour some over the knot holding you to the next person. Use the towel to catch the residue. Your assistant can help out with this.

What happens when you pour water over a knot? It tightens.

It’s harder to get out of. Those who don’t resist peer pressure over taking that first drink find they’re in deeper next time.

Drench the knot. You can drench the hand towel and squeeze it around the knot time and again.

And sometimes you get into some pretty sticky situations.

Have assistant uncap the jar of paste. Using her fingers, spread a good glob over the knot. She can use the hand towel to smash it in, then wipe off her own hands.

Another word for it is slippery situations. You can “slip” in the slippery places in life and “stumble!”

Have the assistant uncap the Italian dressing and shake a glob onto the pasty knot. Then she can smash it in.

Gee. Now I’m really in a mess. How do I get out of all this pressure to party? I’ve gotten into the slippery situation of embarrassing myself by my drunken behavior. I puked on some girl’s brand new sneaker and she’s demanding that I replace them. I went up to kid I don’t even like and told him I did like him! Now he laughs at me every time he sees me and walks away. Nobody trusts me, but I’m in a sticky situation”¦I like the way I feel when I’m drunk. I don’t worry about anything. Until the next day, when it all comes tumbling down, of course, but… I think I want out. Who would like to try to help me undo my knot?

You will probably hear a lot of “ew’s”.

It’s really tight. Does anyone know how to use their teeth?

Have the assistant use the scissors to cut you off from the line.

This looks like a silly game, but it happens this way very much in real life. You feel very tied together in school. You’re already following people to do things that aren’t hurtful because you’re at an age where copying others rules. That’s like when we followed [leadership student] to get the water.

You’re already following people to do things that might be hurtful to some, but since it’s not hurting us, we go with the flow. That was like going for the candy dish.

You will find that when you get in eighth grade or maybe above, the pressure to drink will suddenly be so strong that it is almost like you’re being swept upstream. It’s like you’re being pulled along by an invisible rope and you can have trouble getting out if you’re not prepared.

But first”¦how did I get out of my knot?

I could not have gotten myself out of that. It was too gross, too tight, too slippery. And it didn’t take much to get to that spot, did it?

Take hold of the scissors.

I needed something stronger than my own klutzy self, my own teeth, my own strength to get out. You will too. That’s why it’s important to cut free from the pressure to drink before it turns to the pressure to do drugs.

Use the scissors (carefully) to cut the knots free on the students.

The only reason Jesus didn’t say I AM THE SCISSORS is that they didn’t have scissors back then.

Jesus is the best friend you will ever have. For one, He doesn’t apply peer pressure on you. He doesn’t tie you up. He doesn’t slip. If your best friend on earth falls, you’re in danger of falling too because we are all tied together”¦until Jesus cuts that tie and frees you to listen for his voice.

Having our ears open to Jesus: That’s the only way to be truly free.

Do you think your tween students will connect with this Bible lesson? If so, come back next week for parts two and three! 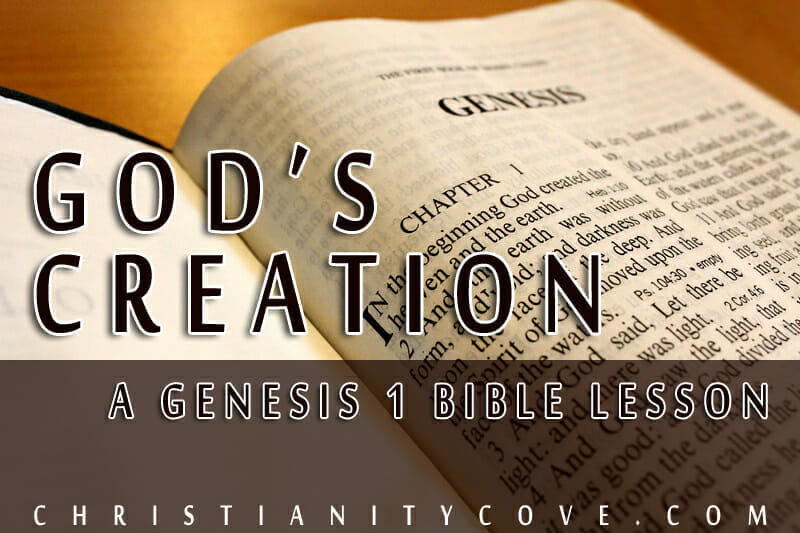 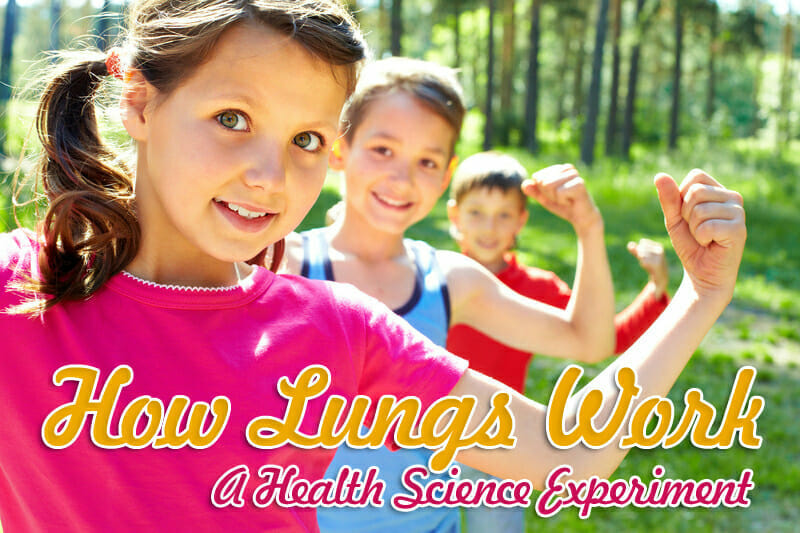