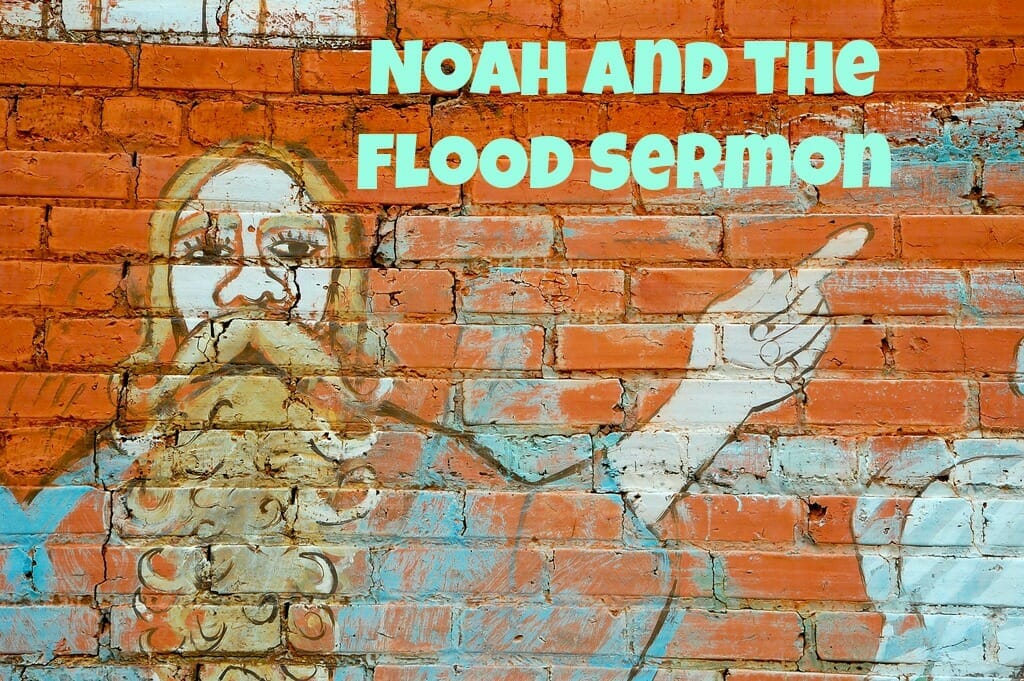 This Sunday school lesson helps your students learn about the Bible story of Noah and the flood.

Be sure to read Genesis 6-8 with your students prior to the below lesson or after completing it.

God Protects Those Who Love Him Lesson

**Note that the teacher’s words are in bold.**

As students take their seats, take a bag of a dozen children’s building blocks and begin placing them around on the rug or an area of the floor. You should end up with approximately a foot of space around every block.

Tell the students to remain seated while you explain the activity.

Let’s pretend these blocks are bombs. And let’s pretend that if anyone were to accidentally kick the giant bomb, it would explode.

How many of you think that if you walked blindfolded through the bomb field you could make it through without exploding any? And without cheating?? That would be very hard, wouldn’t it?

Let’s have two volunteers. One will walk around the bomb field blindfolded. The other will blow a party horn, making a bomb noise only if the first student steps on a bomb. If the blindfolded student walks off the rug (out of the bomb area), the student with the bomb noise will blow as well. Everybody else keeps score.

Depending on how many students you have, let half take turns wearing the blindfold and the other half take turns blowing the bomb horn. If some are particularly good at this, spin them before their journey, as is done in Pin the Tail on the Donkey. Many will either step on or kick a bomb.

Ask students after the exercise:

Have students discuss how it felt. Even those who may not have stepped on a bomb should have experienced some anxiety about doing so.

This bomb field is sort of like our life. We don’t know when something can go wrong or something scary can happen right near us. We try to be as careful as we can, but since we can’t see tomorrow, it’s kind of like being blindfolded about things that can happen. What are some scary things that could happen to us?

For example: We could get hit by a car. What other possibilities scare us? (Triggers: House could burn down, car accident, boating accident)

What do you guys think will happen to you tomorrow? (Have them name some good and bad things).

But the truth is”¦you never really know, do you? Guessing what will happen tomorrow is a little like wearing this blindfold.

How did God protect Noah in the flood? (He gave great instructions on how Noah should build the Ark so it would remain safe. He kept the Ark afloat on water that got very, very deep.)

Since I’m the teacher, let’s pretend I’m God. How many of you think that if you were blindfolded and sent back into the bomb field, that I could keep you from stepping on a bomb? Without picking you up and carrying you? Take yes and no answers from students. Remain confident no matter what they say.

Noah still had to build the Ark – God didn’t build it for him. God is able to protect us from harm, but we have to do the work. We still have to walk through the mine field – we still have to live our lives every day–and trust God to keep us away from the bombs. Who wants to try it with me pretending to be God and protecting you from stepping on the bombs?

Get a volunteer. Blindfold her. Take her by the shoulders. Tell her which baby steps to take. As the two of you approach a bomb, stand on top of it, covering it with your shoe, so it’s impossible for the student to step on it or kick it.

This is how great God’s protection can be. That’s how Noah survived a huge, enormous flood that killed the biggest animals out there – elephants and giraffes and even some types of dinosaurs! Yet the flood couldn’t hurt Noah or his family – or any of the animals he took on the ark. God promised to protect Noah, and he did.

God can protect us, too.

Do you think that your children’s ministry students would react well to this Sunday school sermon? Why or why not? Sound off in the comments below! 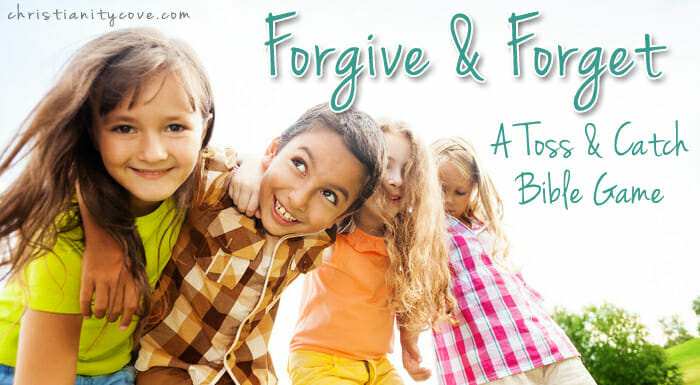 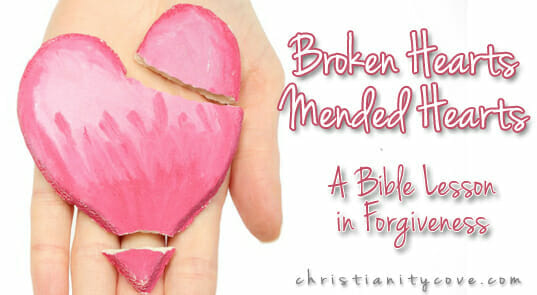 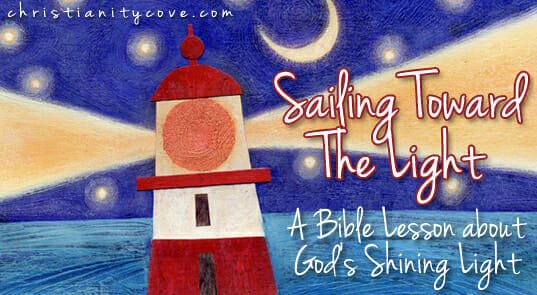