I find that using drama and dress-up to be a great way to teach your 2-5 year olds.  Use this Sunday school lesson for children to teach the Biblical Story of  Elijah and spreading the word of God. 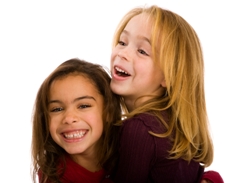 Bible Story:
Tell the story of Elijah in a language that this age can understand.  Be sure that it is a simplified version.  There are several picture versions in children’s Bibles that are appropriate or you may what to use a paraphrased version such as this:

A long, long time ago, a man named Elijah lived.  He was a good man who spent a lot of time listening to God and learning about who God was from when he was young.  In the land near where he lived there was a king who didn’t like it when people of his kingdom would listen to prophets like Elijah talk about loving and following God.  Ahab, the king, wanted the people of his kingdom to bow down to Baal and other false gods.  In fact, Ahab would try to get rid of people like Elijah.  People like Elijah were called prophets of God because they spoke God’s words.  Elijah knew that Ahab was not right.  The king had a servant who was in charge of his palace named Obadiah.  He was afraid to let the king know that he believed in God, yet, he always tried to help the people of God.  Elijah knew this and asked Obadiah to get King Ahab so he could talk to him.  One day, Elijah told Ahab to call all the people up to the mountain named Mount Carmel so he could talk to them.  Elijah told the people that they were forgetting the Lord’s commands and following wrong thinking.  He asked the people how long they would stay stubborn and not listen.  He reminded them that the Lord is God and they should follow.

*It would help the students follow the story if you created a flannel board and made figures out of felt to act out the story as you tell it.

Discussion:  believing in God
What did you learn from this story?  Is it important to let others know that you [tag]believe in God[/tag]?

Song:    One door and only one,
and yet the sides are two.

Activity:
Bring in clothes from home and have the children dress-up and re-tell the story by acting it out.

Discussion:
How does God talk to us?  Does he want us to listen to him through the Bible?