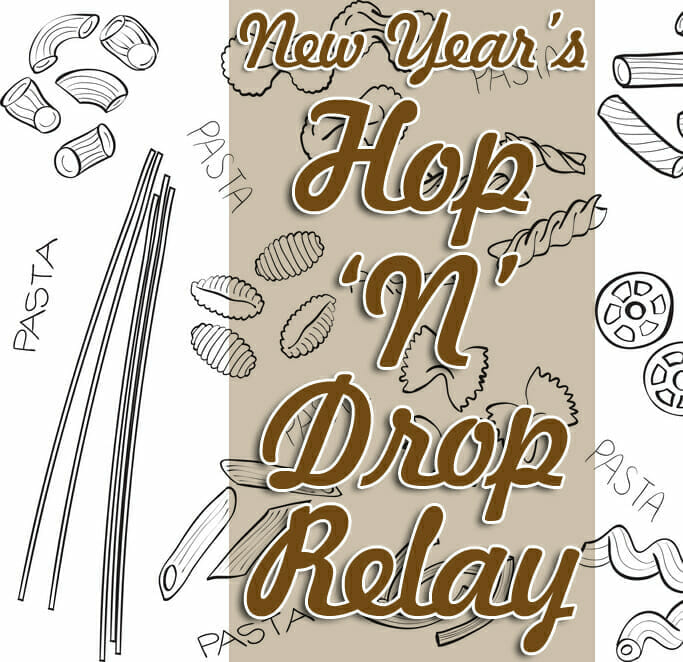 This Sunday School game will teach students that the past is behind them, and a new year is a new start!

Students will gather as many noodles as they can before time is up.

1. Lay penne noodles side by side on the edge of a table.

2. Place one bowl on both the left and right side of the table.

3. Write “Jesus” on an index card and stick it into the bowl.

As part of today’s lesson, we learned the scripture “For all have sinned and fall short of the glory of God,” (Rom. 3:23). That doesn’t mean we are stuck with our sins. When Jesus died, he took all our sins upon himself so that we can be set free. Let’s pretend that the penne pasta is all of our sins. We’re going to take them and give them to Jesus.

1. If possible, divide class into two even teams.

2. Have teams line up one behind the other and each end of the table.

3. Give the first student in each line a piece of linguine.

4. When you say “GO!” students will kneel in front of the table with the end of the linguine in their mouth.

5. They will then pick up as much penne as their linguine can hold.

6. They will do this by sticking the end of the linguine through the hole of the penne and tilting their head back so the penne slides down the linguine.

7. Once their linguine is full of penne, they will dump the penne into a bowl beside them.

8. Students may not use their hands or any other body part to get the penne on the strand of linguine.

9. Once their noodles are in the bowl, they will move to the back of the line and the next player will step up.

10. Once each student moves forward you will give them a piece of linguine.

11. Keep replacing the penne noodles as the students take them.

12. At the end of two minutes, count the number of penne in each bowl.

13. The team with the most noodles wins.

John 14:6 says: “I am the way, and the truth, and the life; no one comes to the Father, but through Me.” As long as we keep trying to do good and turning our bad stuff over to Jesus, we can be God’s friend and will live with him eternally in heaven!

For more great Sunday School game ideas, be sure to check out our Bible games area, and don’t forget to Become a Fan on Facebook and Follow Us on Twitter, were we will share even MORE great Sunday school  ideas!