All kids know that pumpkins are great for making Jack-O-Lanterns and for making pumpkin pie.  This fun pumpkin craft will also give them a way to remember the spirit of Christian rather than spooking spirits, by writing Christian messages on the dangling “baby” pumpkins.

The origins of Halloween are Celtic in tradition and began by observing the end of summer by making sacrifices to Druidic Gods. It was believed at one time that the lord of death sent evil spirits to attack humans who could escape only by putting on disguises. In about the fourth century, Christians began celebrating the lives of faithful saints the day before Halloween to attempt to provide an alternative and refocus the day away from ghouls, goblins, ghosts, witches and other “haunted” experiences.

Planet Earth shows a constant struggle between light and darkness. A bad thing like worshipping other gods is overtaken by the good of remembering our saints. However, before a couple centuries have past, and the remembrance of saints is again taken over by celebrating death, darkness, violence and fear.

We need to do every little thing we can to keep the light and love of God strong. Let’s start with ourselves. We’ll make pumpkins with happy scriptures to remind us that light is greater than darkness.

1. Fold a sheet of orange card paper in half and cut out a half pumpkin shape.

2. Fold another two sheets of card paper in half. Use the first pumpkin you cut out as a template to cut out another two pumpkins.

4. Decorate the face of the pumpkin with a black marker.

5. On the back on one pumpkin cover one side up to the center fold in glue.

6. Stick on two pieces of ribbon so they hang from the bottom of the pumpkin and a piece of ribbon from the stem to hang the mobile. Position another of the large pumpkins so it matches up and stick down. Repeat to stick on the third large pumpkin.

7. Glue the open sides together. Don’t forget to sandwich in the two pieces of ribbon to hang down. This “3D” pumpkin is the main part of the mobile.

8. On each of the “dangling” pumpkins write a spiritual message. Examples: “Be strong and of good courage, fear not for the Lord they God will not fail thee, nor forsake thee.” (Deuteronomy 31:6) “Psalm 23:4 “Yeah, though I walk through the valley of the shadow of death I will fear no evil, for thou art with me; they rod and they staff they comfort me. Further examples can be found in Psalms 21:24, Isaiah 54:4 and 2 Timothy 1:7.

Are we going to walk in God’s light this week or let darkness overtake us? We can’t ignore the themes of Halloween because they are all around us, but we can use the holiday to celebrate a great difference between darkness and light. As the saying goes, “Light shines brightest when surrounded by darkness.” Let your love of Jesus shine bright this week! 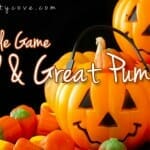 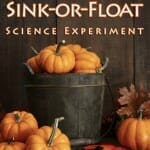 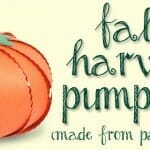 Looking for more fall activity ideas for your kids?  Then don’t forget to Become a Fan on Facebook, Follow Us on Twitter and Come Hangout with Us on Google+! 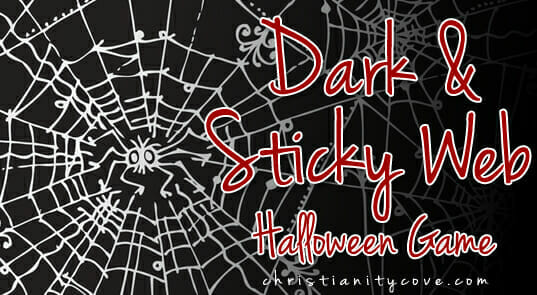 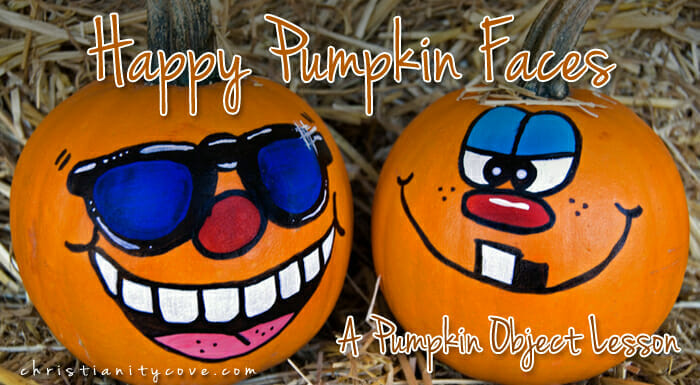 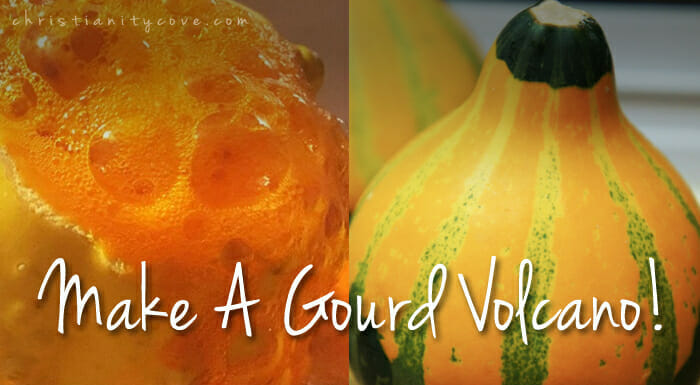 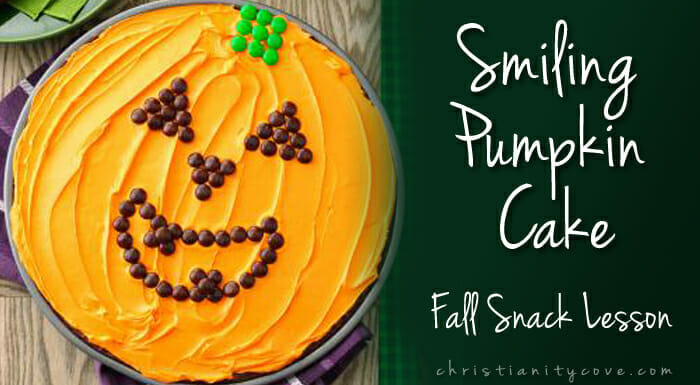