Statistically 97% of students sixth grade and above find themselves in social pressure cookers.  Peer pressure is a situation that EVERY child finds themselves in at least once.  In today’s article, we explore scenarios and responses that kids can give to avoid embarassing or “taunting” situations.  In other words, how to handle the “Peer Pressure Mile with a Smile: Ten Ways Not to Get Rattled”! 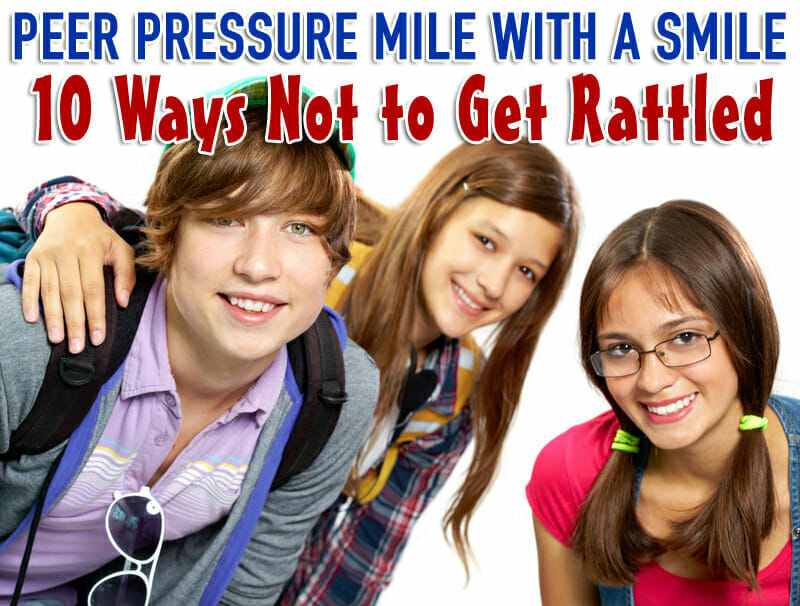 Divide students into groups of three, four or five.

Pass out pencils and the Lesson Five Activity Sheet “Peer Pressure Mile with a Smile; Ten Ways Not to Get Rattled” – one for each student.

Have them take turns reading each scenario, filling in blanks and discussing

(1) if a certain method mentioned on the sheets would work for them the way it is;

(2) what changes they could make to make it work for them,

(3) if it inspired any original ideas on how to fight peer pressure.

Have them write down any ideas in the spaces provided.

Keep going back and forth from group to group and inspiring discussion with the questions above.

Give out Ten Peer Pressure Taunts (& What They Really Mean)

Peer Pressure Mile with a Smile: Ten Ways not to Get Rattled

Statistically 97% of students sixth grade and above find themselves in social pressure cookers. They’re usually situations that Christians wish they could have avoided, but most say they were blindsided.

This activity contains ten ways people have avoided peer pressure over the years – especially at parties and hangouts, where lots of trouble occurs. Some are serious; some are funny. Some are more Biblically founded than others, but all have worked for some kids somewhere. Take turns reading them out loud, then use the lines to fill in thoughts.

Some kids spend a few minutes in prayer while getting dressed on weekend nights. They ask for God’s protection and courage if they should need it. Some have attested that when they remember to do this, they rarely find themselves in “the line trap” where you’re next in line to be passed that bottle or joint or play that closet game. It always seems to happen outside or in another part of the house.

Kids with straight”forward courage lead charmed lives.  Needless to say it is hard for many to say things that will make bunches of staring eyes seem to stare harder. Over time you find out how much of an impression you made on somebody else who was standing there. The three little words, “I’m Christian. No,” have brought other kids to salvation who simply couldn’t forget the person with the nerve to stand up for their faith in public.

Stay inside at a party and don’t go near the bedrooms.

Most smoking, drinking, fighting and other law breaking takes place outside at a party – in the bushes, up the street, behind all the parked cars. Most make”out sessions occur in rooms farthest away from where the parents are – usually on another floor in the bedrooms or outside also. If you stay in the main party room, kitchen and living room, you won’t find yourself getting knee”deep in invitations that will haunt you.

Think of some houses you might be asked to where there will be lots of kids. What other rooms might you include as safe, and what ones would not be safe?

Practice in the mirror at home.

“Nah.” “No.” “No thanks.” “No.” “Uh”uh.” “No way.” Statistically, kids do much better in situations when they are prepared. Practice in the mirror until you get a couple that look good. Then pray up and prepare to lay it on.

One student said he’d felt like the invisible person through much of high school, and then he suddenly needed to put it to the test. A joint was coming his way at a party. He just turned and walked away. Taadaa: Nobody noticed. After that he always told himself in uncomfortable situations, “I’m invisible.” Rarely does anyone say “where are you going” when he walks away.

Think of a crowd you would like to feel invisible in. Write their names:

Quickly pull out your cell, turn away from the booze/cigarette/party closet game/weed and say, “Hi Tim!” and keep walking. (Or make up some other name. The kid who uses this says “Hi Tim”).

Arrange a “magpie911″ with a trusted parent.

Some parents make a promise to their kids or their kids’ friends. If they ever get a text that contains a secret code word (the family attesting to this used magpie911), it means that the party is out of hand, and the parents will come immediately to pick them up, NO QUESTIONS ASKED.

Ask your parents if they would PROMISE, and NO QUESTIONS ASKED. You’d be amazed how many say “yes” immediately.

Secret of the universe: One of the biggest fears of all kids is smelling. It’s known as the biggest fear under the sun if you’re 12 or 13. If you suddenly realize you’re next in line to handle a beer can, joint, girl, boy or stolen property, suddenly say, “What smells???” When people say nothing smells, sincerely insist it “smells like socks” or “like someone didn’t wear deodorant, ew.” Back away in confusion and start sniffing around. The people may not believe you but they will be disarmed enough by wondering if it’s them that they won’t pressure you. (Warning: The kid who tried this is now a Hollywood actor.)

One of the best methods of avoiding peer pressure is to go places in a group with people you completely trust to have your back That what two girls and a boy from the same youth group in Oklahoma say. It’s one thing to be the only Christian who finds yourself in a game of suck”and”blow. It’s another to be there with at least two good friends with whom you can lock eyes. If any one of them says, “one, two, three”¦” they all get up and leave at the same time, saying nothing further. Noticeable? Yes. But because it looks a little snobby and more mysterious, it froze the death squad. They were called “the angels” for a while in school, but because there were three of them, they laughed.

Big fat red bloomers with fart juice all over them.

If you find yourself in an awkward situation, imagine that those pressuring you are standing in front of you in big red bloomers splattered with mega”fart juice. Not only will you want to leave quickly to escape the perceived noxious fumes, but you’ll be the one doing the laughing.

What other things have you heard of or can you think of that would work for you?

Will you be trying this lesson with your students?  Do you have other ideas to help children, tweens and teens deal with peer pressure?  Feel free to share them below!  And don’t forget to Follow Me on Twitter, where I share more great activites, lessons and ideas! 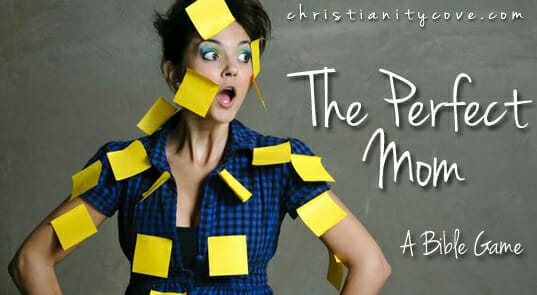 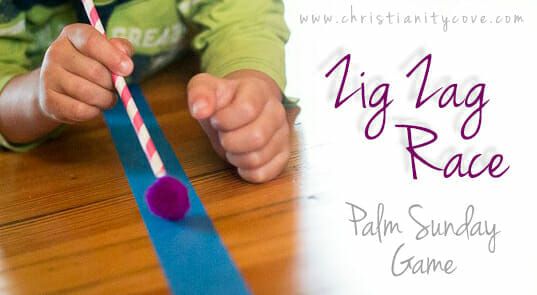 101 Halloween Costumes that Teach Greatness Instead of Prompting Fear

101 Halloween Costumes that Teach Greatness Instead of Prompting Fear