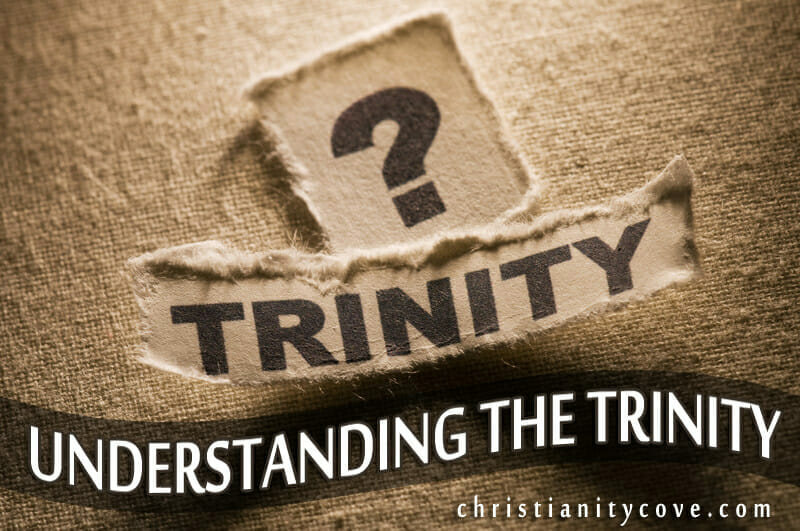 Children and adults alike have trouble understanding the Trinity, but this Bible object lesson for Sunday school, using salt, flour and water as the ingredients should make it clear.

Be sure to check out our video presentation of the “Fizzy Faith” object lesson.

OBJECTS NEEDED:
½ cup of salt, ½ cup of water, 1 cup of flour (you can double or triple this recipe. It will make play dough, and you’ll want enough that your students can each make something with it.) Bowl, mixer.

BIBLE OBJECT LESSON PREPARATION:
Practice this recipe once at home if you’re not familiar with it. Figure out how you’ll need to multiply the recipe to give a portion of play dough to each of your students.

BIBLE OBJECT LESSON:
How many of you know what The Trinity is? Get a show of hands and some answers.

The Trinity is a very important concept in our Christian faith. Trinity starts with “tri,” which means “three.” There are three members of the Trinity. Who are they? Father, Son and Holy Spirit, (if it hasn’t been said already).

However, a lot of people are confused by this. Christians believe in only one God. And yet, there are three beings: God the Father, God the Son, and God the Holy Spirit. How does this work? Take some answers if any student wants to take a try at it.

Three-yet-one sounds contradictory. We don’t really know how the Trinity works, and that’s okay. There are obviously things in the universe so complex that man can’t understand them. People who think they can understand everything are in danger of missing something big!

Today we’re using this cup of common flour and this common table salt to understand the Trinity.

Hold up the cup of flour. Let’s pretend this is God the Father. White is a symbol of purity, and we know that God is purest of the pure. Turn the flour over into your bowl.

Hold up the half cup of salt. Let’s pretend this salt is Jesus. Jesus told us, “You are the salt of the earth” in Matthew 5:13, meaning we Christians “flavor” the earth by sharing God’s word. And Jesus would certainly know about that; he was the original salt. Turn the salt over into your bowl.

Hold up your half cup of water. Let’s pretend this is the Holy Spirit. Water is often associated with “spirit” in the Bible. In John 3:5, Jesus says “no one can enter the kingdom of God without being born of water and the spirit.”

Mix all ingredients with your mixer.

Is the water still in here? Yes.

All three are still here. Stop mixing. Yet now we have one substance. Can anyone guess what it is?  Hold up some dough and squish it around in your hand.

It’s one thing now – it’s homemade play dough. And yet, all three ingredients are still there.

That’s one of the ways we can understand the Trinity – three in one. Definitely three; definitely one.  Let’s make something!

Make enough play dough for all kids; they can make a cross or a triple cross to symbolize the Trinity.

Did you enjoy this Bible object lesson? Let me know by leaving a comment below! And don’t forget to Become a Fan on Facebook, Follow Us on Twitter and Come Hangout with Us on Google+, where I always share fantastic Bible object lesson ideas!

Be sure to check out our video presentation of the “Fizzy Faith” object lesson. 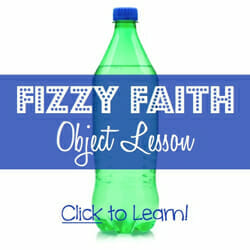