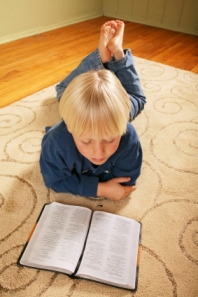 Sometimes God uses animals to give us clues about things we don’t understand. These kids Sunday school lessons use the caterpillar to teach one of the more difficult lessons to understand.

Sunday School Lessons Message:
Caterpillars and butterflies illustrate us before death and after death, making the concept of death a little more understandable.

Objects Needed:
Caterpillars, if it’s early autumn or pictures of caterpillars that the children can hold and pass around.

Also have a picture of a cocoon and a butterfly.

Sunday School Lessons Preparation:
Set the caterpillar on the table so children can watch it move around. Or if you only have photos, have enough so that the children can pass them back and forth during the early parts of the lesson.

Sunday School Lessons Directions:
Sometimes God uses animals to give us clues about things we don’t understand. For example, we don’t really understand death. Some of us have had loved ones die. We’re told that they’re in a higher place now and they’re better off, but it’s kind of hard for us to believe. All we know is what we have here on earth.

Someday this caterpillar will go into a cocoon. Show a picture of a cocoon. Some people believe that Christians sleep for a while before they enter heaven. We’re not really sure, but if that’s true, we’ll be like this caterpillar, in a cocoon and very much asleep so we won’t even be aware of time passing.

And when this caterpillar finally wakes up again”¦voila! Show picture of the butterfly. He’s still him, but he’s not a caterpillar anymore. What is he? A butterfly.

Do we think it’s better to be a caterpillar or a butterfly? They ought to say a butterfly, but dig for various reasons:

Caterpillars are like us down here, and butterflies are more like people up in heaven. People in heaven are able to do a lot more things – maybe even fly! Their bodies will be perfect, whereas ours are kind of sluggish and not nearly as pretty. We get sick down here; we have flaws in our skin, and let’s face it: we’re kind of clunky. A caterpillar can only crawl, and compared to all the things we’ll be able to do in heaven, we are sort of like him.

We said butterflies are prettier than caterpillars. When we get up to heaven, what might we look like? Take their ideas, and some you can note to them include references to great light surrounding them.

We said that butterflies can do more things than caterpillars. “Butterflies are free to fly,” says rock-and-roll star Elton John. Will be we freer and able to do more in heaven? If so, like what? Allow them to guess and speculate.

But still, right now, we’re caterpillars. And caterpillars can’t think very well, can they? They’re not very insightful, and in fact, they’re kind of stupid, aren’t they? It would be very hard for a caterpillar to understand what a butterfly is. In its instinct or nature, it knows it’s moving toward something, perhaps that it will be something bigger someday.

That’s sort of like us trying to understand that we’re moving toward eternity and that we’ll be something bigger someday.

Caterpillars might not even know that much. Caterpillars don’t have great eyes. They don’t see very well. They can see the food in front of them, but they can’t process a whole human being. Do you ever think that spiritually, maybe we don’t have great eyes either? Maybe we can see things we’re supposed to eat, drink, play with, read and study for school”¦but maybe we are surrounded by angels and spiritual beings, but we can’t “process” them with the eyes we have now.

There are many verses in the Bible that claim our “eyes will be opened” someday to the glory of God. One is in 1 Corinthians 13:12″¦ “Now, we see through a mirror dimly, but then, face to face.” Jesus healed many blind people to give us clues to someday us having our “full sight” of what God and heavenly
creatures are really like.

Might caterpillars think the entire world is made up of caterpillars, since they can’t see well enough to process a human, or even a dog or cat? Did you ever hear people say that there is no god, no angels, no nothing except what you can see, hear, touch, smell, and taste? Do you think they’re being a little like stupid caterpillars?

Next step: check out this free video featuring a cool Sunday school activity.  http://www.christianitycove.com/vid/I think your class will really enjoy!  And don’t forget to Follow Me on Twitter, where I will share more great Sunday school lessons and ideas.