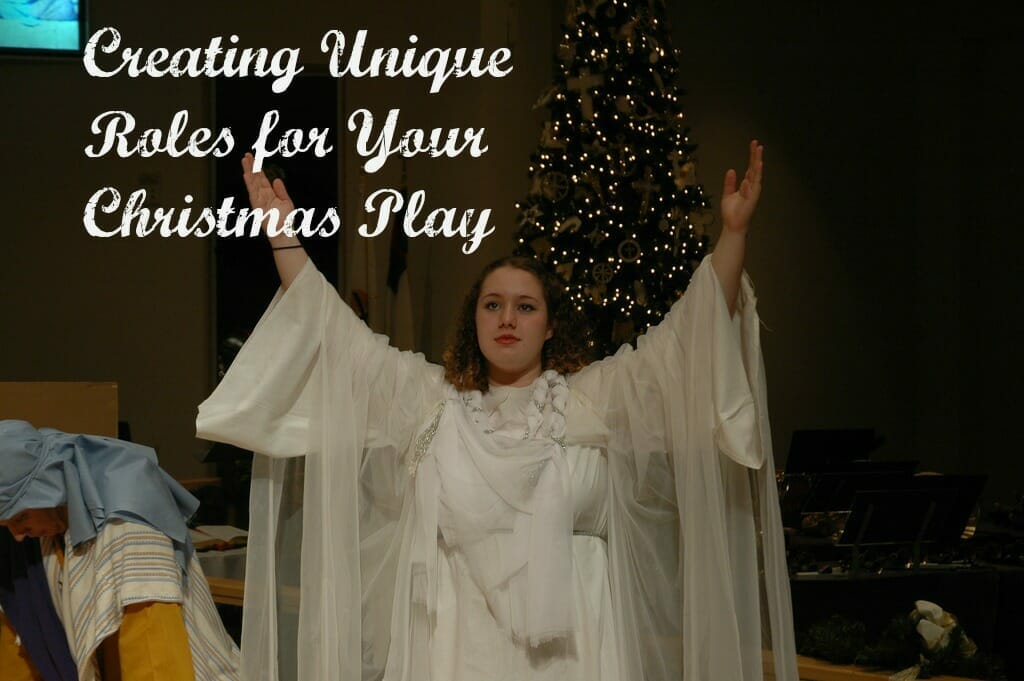 No matter the number of children, age ranges or maturity level, a role can be created for every child allowing them to showcase their particular talent. Thinking outside of the box when assigning and developing roles will not only enrich your play, but it will make each of the participants feel special.

Most religious Christmas plays revolve around the traditional nativity scene. Roles such as Mary, Joseph, Kings, and innkeeper should be filled by older children who enjoy being in the spotlight. These kids are generally easy to pinpoint and will most likely volunteer for the part. Memorizing a few lines may be required, so make sure they are comfortable doing that.

Other traditional roles may include shepherds, stars, angels, and stable animals. While these parts may not have specific lines, they will likely be singing or acting out narration, so make sure they are comfortable being on stage and doing some performing.  These roles are great for your youngest group.

For participants who aren’t eager to hop onstage in front of a large audience, there are still plenty of off-stage production roles that will need to be filled.

Artistically gifted kids can help with set design and decoration. Computer-savvy teens can create and print programs, posters, and other marketing materials. With adult guidance, costume design would be perfect for those who like to “dress up.” Sound and lighting system techs always need special assistants.

All of these kids can then be involved the night of the show by holding cue cards, welcoming/ushering audience members, and handing out programs.

You may need to get creative with some children. A particularly clingy child may follow you around as an “Assistant Production Manager.” The “Head of Craft Services” can keep juice cups filled and snacks flowing during rehearsals. Any task can be turned into a role for a child. Giving it a fancy title will help make that child feel special.

If you can’t seem to find an appropriate role for a particular child, ask the parent what that child is interested in, or good at, and let that inspire you. This will be the best way to bring a shy child out of his/her shell.

Make every role feel of equal value by acknowledging all of them in the play’s program. Every child enjoys seeing their name in print, especially next to an important title. Also, have the head or assistant pastor make it a point to personally thank each child for their participation and contribution to the show.

Celebrate the talent that God has given to each one of us. Whether it is in a traditional role, production role, or something new and unique, every child has an opportunity to shine in a Christmas play.

Do you think you’ll be creating unique roles for some of the kids in your Christmas play? Share what roles you’ve come up with in the comments section below!