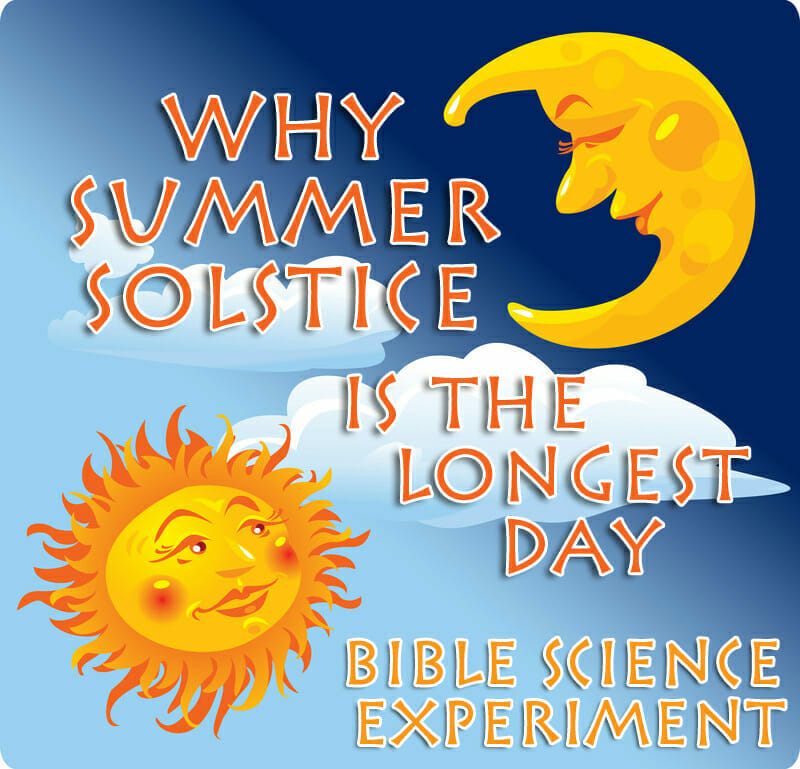 This Bible science lesson demonstrates for kids why the sun will not set in Alaska for several days during summer solstice. This will also help them understand a little about heaven, which is lit by the light of God himself and never gets dark!

– Globe on a stand

– Place the globe on a table. Most globes are tilted slightly, but allow for that tilt for now – don’t try to turn it straight up.

– Turn the globe so that North America is facing you and the students.

– Have a student shine the flashlight exactly at the equator.

– Tilt the globe purposefully now so that the North Pole is a closer to the center and the southern hemisphere is away from you.

– Have students notice where the light is now shining (mostly onto North America).

– Have students notice what continents the light is shining most brightly on.

– Have them notice what’s going on at the North Pole (the light shines on it constantly).

– Point out that if the flashlight were the sun, it shows how the sun doesn’t set on northern Alaska and the North Pole as long as the earth maintains that tilt (the days preceding and following the summer solstice).

Revelation 21:23 says this about the kingdom of God: “The city doesn’t need any sun or moon to give it light, because the glory of God gave it light, and the lamb was its lamp.” Someday we won’t need any sun because the light of God will be so bright! In the meantime, we will have lightness and darkness, just as we will have bright times and dark times in our lives.

God often leaves us with clues as to his nature in the earth’s nature. His ability to give Alaska and the North Pole constant light reminds us that someday we will have endless and constant light in the Kingdom of Heaven.