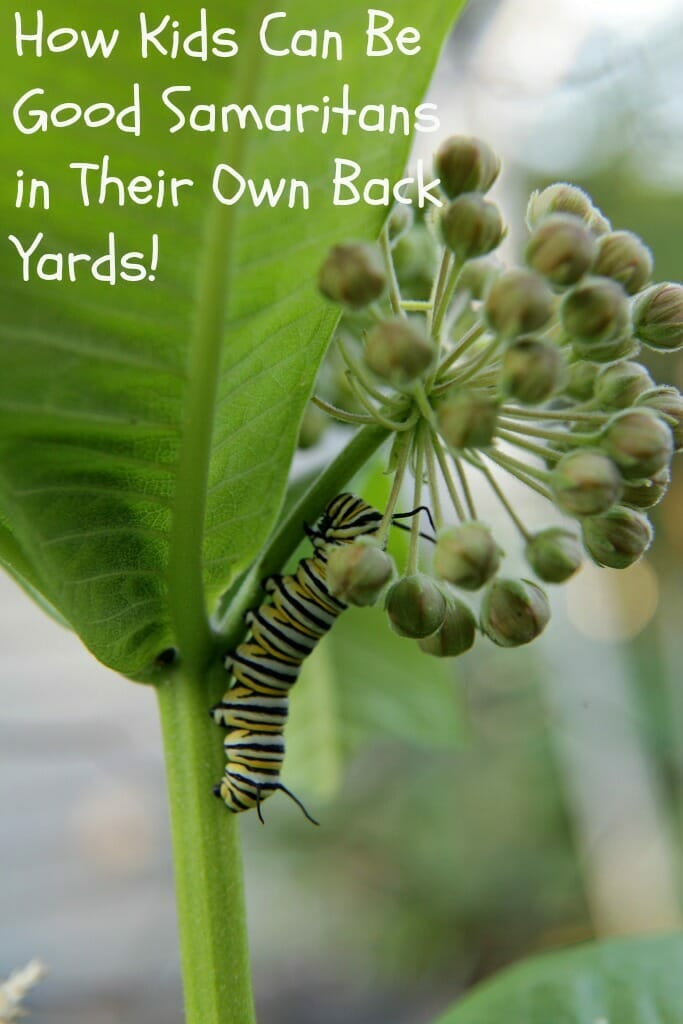 During this Bible lesson, you’ll use a fun activity to teach your students about the Good Samaritan parable.

Most children enjoy hearing the story of the Good Samaritan. Yet because they can’t help others financially or without structure and adult supervision, they have trouble understanding
how they can be Good Samaritans in every day life. This lesson will teach them ways to experience the joy of giving without leaving their own back yard!

Jesus replied, “A man was going down from Jerusalem to Jericho, and he fell among robbers, who stripped him and beat him, and departed, leaving him half dead. Now by chance a priest was going down that road; and when he saw him he passed by on the other side. So likewise a Levite, when he came to the place and saw him, passed by on the other side.

But a Samaritan, as he journeyed, came to where he was; and when he saw him, he had compassion, and went to him and bound up his wounds, pouring on oil and wine; then he set him on his own beast and brought him to an inn, and took care of him.

And the next day he took out two denarii and gave them to the innkeeper, saying, `Take care of him; and whatever more you spend, I will repay you when I come back.’ Which of these three, do you think, proved neighbor to the man who fell among the robbers?” Jesus said, “Go and do likewise.”

Materials for Lesson and Craft 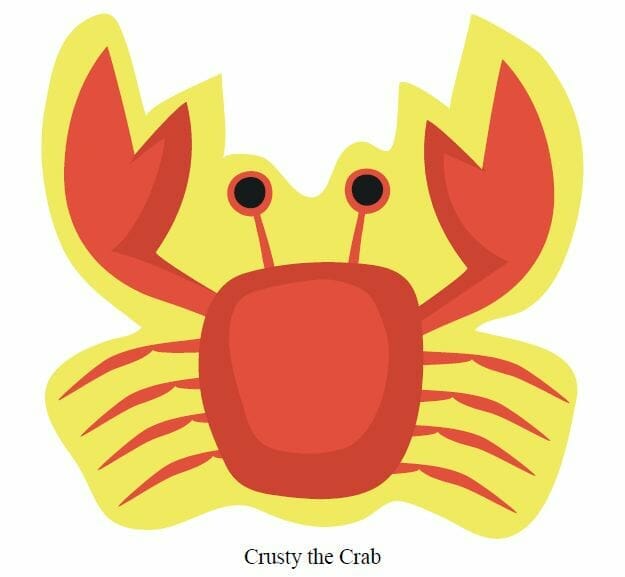 I’m going to tell you a story that happened at the beaches one summer. Five or six kids were playing down by the water’s edge when all of a sudden”¦ a huge crab wandered out of the shallows.

(Bring out Crusty Crab and gasp like he’s scary.)

The crab took one look at the huge kids–huge from his perspective! His eyes popped open. His claws opened wider. He spit in a menacing way as he backed up. All the kids screamed. Two of them grabbed long pieces of driftwood.

(Hold up your two pencils.)

They stared poking the crab up toward the sand dunes.

(Put the crab on the table and poke him with the pencils toward the children.)

One had a giant sand bucket. He grabbed that. All of the kids felt a bit brave. They were going to take on this over-sized snapping crab and show him they were more powerful!

After they’d poked him, and he’d rolled over around twenty times, and was full of sand”¦he’d all but stopped spitting. “Ha!” said the boy with the bucket. “We’re wearing him out! Once we get him in the bucket, I’ll kill him! We’ll take him home to my mom, and she’ll cook him for dinner!”

“Ya can’t eat an ocean crab, dummy!” one little girl said. “They’re rare! I’m going to give him to my mom, and she’ll stuff him and hang him on the wall!”

Suddenly Miss Ellen showed up. She had lived first house from the beach for 75 years. She knew a lot about crabs. She took one look at what the kids were doing, and her eyes popped, and then they turned almost”¦intentionally confused. “Why”¦.it’s Crusty!” she said. “It’s Crusty the Crab! He’s come to say hello to all of us! Crusty is verysold and wise. He likes kids a lot! Watch this!”

Miss Ellen bent down and made little spitting noises at Crusty, then she bent her head as if listening to him sputter and spit sand. “He says”¦ he’s very pleased to meet all of you! He didn’t mean to come out of the water today, and if he startled you, he’s sorry. He was just hungry. And there were yummy minnows in the shallows.”

“I’m going to kill him and cook him for dinner!” the boy with the stick continued.

But the little girl started to feel bad. She looked at Crusty again. He didn’t look so mean and menacing – though those claws surely did look sharp, and she didn’t want to get pinched. But she wondered if God didn’t give coruscations claws for a reason. If someone threatened to kill her and stuff her and hang her on the wall, wouldn’t she wish she had a nice set of sharp claws??

“You can help me,” Miss Ellen continued. “Crusty is sunburned. He doesn’t like getting his pretty speckled skin right up in the sun. And he’s got sand in his eyes and all over his smooth body. Aww”¦.” She was careful not to blame the boys and girls for getting him sun burned and sandy. She was just saying.

“Hey! We can use those sticks you have to guide him back to the water. Let me have it!” She got the stick away from the boy, who was starting to look confused and guilty. Crusty was looking different to him, too. Instead of looking scary and snapping, he looked scared and snapping.

(Poke Crusty, but very gently this time, back toward yourself.)

“I can help too!” he said. He ran and grabbed his over-sized bucket and filled it at the water’s edge. He used the water to dump on Crusty, to get the sand off his eyes and body and to make little streams to help guide him back to the water. Miss Ellen and the little girl used the sticks to help guide Crusty.

(Use both pencils to guide Crusty back toward you.)

As he backed into the shallows, he still had his claws raised, but boy, did he look relieved!

“Bye Crusty!” all the kids said. “Come back some other day and say hello again!” “I’ll catch minnows for you and have them ready!” the boy promised.

(Put down the pencils and the crab.)

It’s amazing, how you can look at somebody once and see something ugly. Then you look at them again, and they just look scared. These kids learned a great lesson that day.

After that, they were Good Samaritans to all the creatures of the seashore. If they found a clam that couldn’t dig in, they would help him by digging a hole nice and deep in the soft mud and burying him, where the sun wouldn’t dry him out. If they saw little sand crabs that had washed ashore, they would quickly take them down to the water and bury them in the shallows. If a sea gull didn’t have something to eat, they would save him the crusts of their tuna sandwiches. All the creatures of the beach became little lost souls, thanks to Miss Ellen, and the kids were the Good Samaritans who saw them for what they really were and helped them when nature couldn’t.

We can’t all be like the Good Samaritan with people. But even if we don’t have money to pay an innkeeper, and if (thank goodness!) thieves don’t continually rob people and beat them up around here”¦.we can still be Good Samaritans!

Let’s think of some of the creatures who live in your back yard. Who might they be?

(Let them think of some birds, land creatures, insects and even their own pets.)

What are some troubles that these creatures could get into?

Let’s pray this week that we can play Good Samaritan. It’s God’s wish that we should help take care of his great outdoors. And the insects and birds and reptiles and animals that share our back yard are great places to start!

Do you think this is a great way to show your students how they can be Good Samaritans? If you can’t wait to teach this Bible lesson, be sure to share it with fellow teachers on Facebook!